It all started with a set of grandparents who both drag raced back in the 1960s. Their love of all things cars and racing passed down through their son and, in turn, eventually to his own son. A half century later, the search for and thrill of speed which his grandmother and grandfather both enjoyed as a hobby is something that young Alex Greene is hoping to someday turn into a career.

Just shy of his ninth birthday, Alex is currently still in his first full year of outdoor karting. His own racing journey began less than two years ago when he entered the local K1 indoor karting center’s Junior racing league. He finished 3rd at the end of his first season, having moved onto the championship podium in the very final round. Racing against other kids who were several years older, he won the series title on his second attempt while still being the youngest competitor in the field. He followed this up with another 3rd place finish in his third season, but by this time, his folks had bought him a real racing kart for his eight birthday. 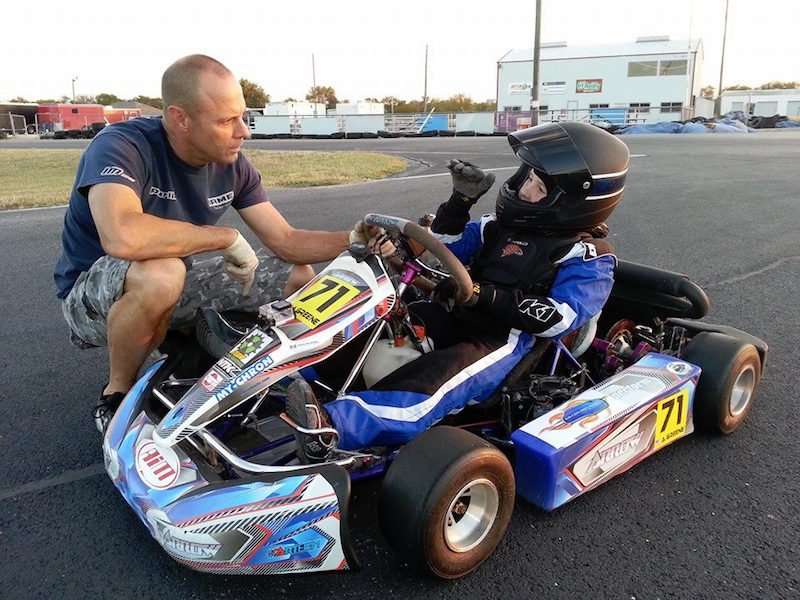 The jump to ‘real’ racing was a big one financially for the Greene family and, though the adventure is in its earliest days, we here at F1B though that we might bring you along with us as we begin climbing the very first rungs on racing’s ladder. In the coming months, I…I being dear old Dad…will bring you updates on our racing life together and Alex’s hopeful progress as he learns the ropes both on and off the track.

Since purchasing our first kart, a used Arrow cadet chassis, Alex has spent a good deal of his time at our ‘local’ track. I throw sarcastic quotes around the word local because, even though we live in the vastly populated Dallas/Fort Worth metroplex, our nearest track is almost an hour from home. But, even with a two hour round trip drive made one to two times a week, North Texas Kartway has become our home away from home. And many of the people there have become our extended family. 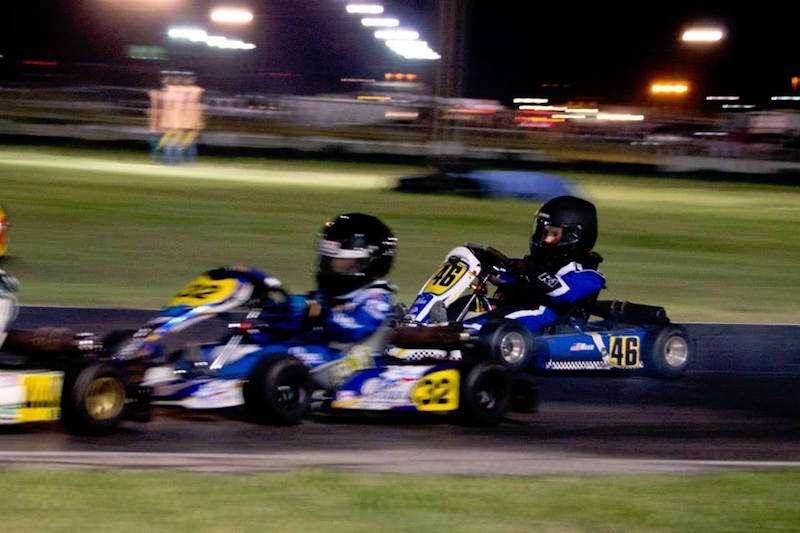 Though it was a bit lonely on track, Alex’s first series, known as the Summer Season, was run in the Tag Cadet 1 class. Unfortunately, there was no one else in the class with him, so therefore no one to compete with and challenge Alex. He may have won every round and the eventual season championship by default, but he soon grew bored with driving around by himself. If anything, though, this was a good opportunity for Alex to get valuable time on track.

We then moved up in engine size to the much faster Rotax Mini Max class. Not only was Alex much quicker now, but the field was both bigger, faster and considerably more experienced. While still very much on the learning curve, Alex finished the six race Spring Season with a series of 4th places finishes in fields which normally ran with six to eight karts. This consistency put him in 4th at season’s end, with a 2nd place qualifying effort being the high point of the series.

Alex has thus far been at a slight disadvantage with a smaller kart than his competitors. But thanks to some great work from his trainers at Core Karting, he hasn’t been too far off the pace and, more often than not, has been fighting for his first podium finish. However, after a somewhat disappointing four round Winter Series, which was punctuated by accidents and ended with a 5th place finish, the decision was made to retire the used 900mm Arrow chassis and purchase a brand new 1010mm Formula K from Italy. This will at least put things on a more balanced playing field, equipment-wise. Unfortunately, with two rounds of the latest Spring series already complete, we’re now in a holding pattern as the FK is literally shipped across the Atlantic. The good news is, it appears to be in the last leg of its own journey.

And the best news is that we’re all very excited about what the coming months have in store for us. A brand new ride, more experience, more practice, more training and more time together as a family, both real and extended.

I hope you keep us updated with more articles on his progress throughout the season.

I hope he carries an FBC logo on the kart in recognition of all the zeros you receive from Todd :-)

Hopefully the new Italian kart will do the trick! Good luck to Alex, excited to hear about race 1