IndyCar — Does anyone have anything for the Penske drivers at Gateway?

It’s not uncommon to see the Team Penske drivers at or near the front of the grid. It’s actually quite uncommon to see their absence. What was a bit startling during yesterday’s qualifying session, though, was the magnitude of Team Penske, and especially Will Power’s dominance. Power wasn’t just a little bit quicker than the rest of the field, he was five miles per hour faster than the nearest non-Penske driver, Ed Carpenter in P5, and five and a half miles per hour faster than the quickest Honda of Takuma Sato in P6. The question for tonight’s 500-km race is, “Does anyone else in the IndyCar paddock have anything to bring a challenge to Team Penske, or is everyone else racing for P5?” 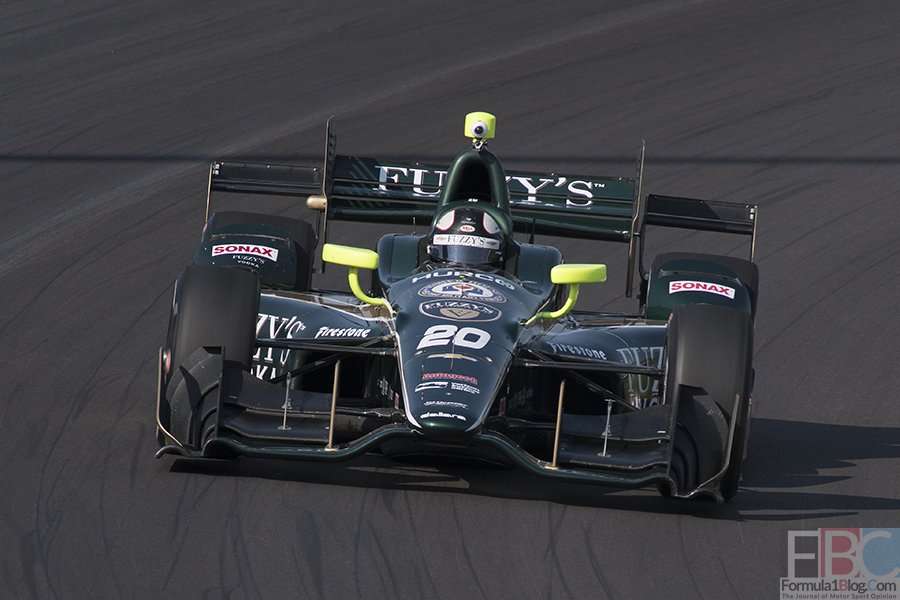 To be sure, qualifying is different from racing, and during a race, conditions change, mistakes happen on track and in the pits, and race set-up sometimes is off. However, this is Team Penske, and as they demonstrated at Pocono last week, even when adversity does strike, they have the talent and tools to overcome and still find their way to the front. So who can bring the fight to the Fast Four? Ed Carpenter always seems to be a threat, especially at a short oval like Gateway. Last night, he was the best of the rest qualifying in P5.

“We’re all still learning about this track! The first practice, that’s all we were doing – just trimming and trimming, trying to go quicker. We missed on the gears in practice too, so we knew there was time left in the car coming into qualifying. Team Penske was just a little more aggressive than us when it came down to qualifying.” — Ed Carpenter, No. 20 Ed Carpenter Racing.

Takuma Sato has really warmed up to oval racing in the past couple of years, and he’s proven to be a continual threat if his car is set up well. That’s the key, though, the set-up. At Pocono last week, he won his second pole position of the year, but as soon as the green flag dropped, he started to fade rapidly. Yesterday, he was the fastest qualifying Honda and will start along side Ed Carpenter on the outside of Row 3. Sato is certainly fast, but the question for this evening is whether Andretti Autosport chooses well on their race setup to give Sato a competitive car.

“This is a high-commitment racetrack… in terms of top speed here is a lot slower than at Pocono, of course, but in terms of commitment it really helps the driver at the same time. I think the track got better and better as the sun set, but I think we should be happy under the circumstance with sixth and being the top Honda.” — Takuma Sato, No. 26, Andretti Autosport 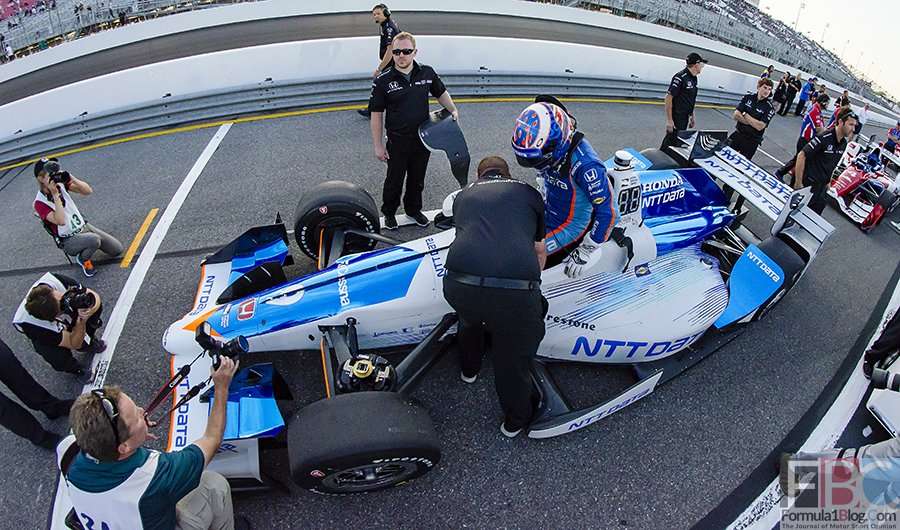 Back in the days of the previous IRL Dallara chassis, Scott Dixon was the absolute master when it came to the short to mid length ovals. He’s still very strong, but admits that the race this evening will be a challenge for he and his Honda-powered team.

“I think this weekend is going to be pretty tough for us from what we saw at the test. I was second at the last test and the other manufacturer was still four or five tenths up the road. The problem is that for a short oval, the straight at Gateway is so long, and so I think it will be like Phoenix (where myself and teammate Tony Kanaan finished fifth and sixth), but a lot worse. But you know, I could be wrong. There have been times when I’ve been surprised how competitive we’ve been considering what we know about the aero kit deficit. I think we’re one of the teams that knows the difference between the two kits through and through, and it’s a huge downforce penalty and a ton more drag, so it’s going to be a challenge.” — Scott Dixon, No. 9 Chip Gannasi Racing

So who’s your pick for the race tonight? Will Power grab his second win in a row? Can Newgarden hang on to his championship lead? Will Carpenter, Sato, Dixon, or someone else be able make their way around the Penske cars? You can hear John’s and my predictions in Episode 39 of FBC indi. Let us know your thoughts and prognostications!