Much too often, Will Power seems to be his own worst enemy, even if he is beginning to take the form of the enemy in the eyes of some of his competitors. At the halfway point of Saturday night’s Firestone 600 at Texas Motor Speedway, Power appeared to be all but running away with the race. But on the last round of pit stops, the Australian bit himself once again by receiving a drive through penalty for speeding in pit lane, his fourth offense in the last five races. 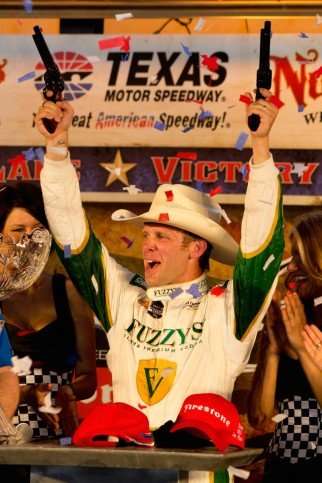 Ed Carpenter had slowly made progress throughout the race, one in which many drivers found their handling growing worse as the night progressed. The Indianapolis native was able to catch and pass Power with sixty laps to go, eventually opening up a gap of seventeen seconds over the Penske car in the waning laps.
Following the last set of stops and Power’s drive through penalty, the running order was Carpenter, Juan Pablo Montoya, Tony Kanaan, Scott Dixon, Simon Pagenaud and Power. However, a blown engine and oil fire on the A.J. Foyt Racing car of Takuma Sato led to a yellow flag with just a handful of laps remaining.

With only six cars on the lead lap, Pagenaud and Power were both able to pit for new tires without losing position on track. This decision proved vastly beneficial to both. With what essentially ended as a green-white-checkered finish, Pagenaud was able to get around both of the Ganassi cars to finish fourth with his fresher rubber. Power was able to do much better, passing all three of those drivers and getting past Montoya for second as the two came out of the final corner on the last lap.

In a race which is often filled with yellow flags, Saturday night’s was slowed by just three. Marco Andretti and Sato bookended the race with blown engines which each resulted in fires, Andretti’s being the more spectacular of the two. Justin Wilson and Sebastien Bourdais made contact between Turns 3 and 4, sending both hard into the outside wall. Wilson laid blame on Bourdais, claiming that the Frenchman had forced him low in the corner, thus sending him into a spin which sent him back up the track and into Bourdais. 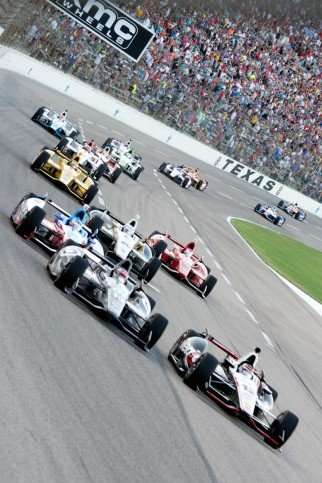 The Andretti team had a night to forget, with Carlos Munoz, who spun on entry to the pits under the Wilson/Bourdais yellow period, being the team’s highest place finisher in 13th.

Indy 500 winner Ryan Hunter Reay had his second straight weekend of problems, with mechanical issues putting him out near the midpoint of the race.
For Ed Carpenter’s small, single car self-owned team, 2014 has been a good year so far. Mike Conway, who drives for the squad on road and street courses, won earlier in the year at Long Beach. Combined with the team owner’s pole at Indy and now the win in Texas, Ed Carpenter Racing is proving to be the little team that could.