After a fourteen-year absence, the Verizon IndyCar series returns to the 1.25-mile asymmetric oval at Gateway Motorsports Park. After crewing for some fellow SCCA racers at a race on the infield road circuit here last year in August, I was fully expecting this weekend to be brutally hot and humid. As it turns out, the weather this weekend couldn’t be more perfect with no rain in the forecast, afternoon highs in the low to mid-80s, and race time temperatures in the low to mid-70s. While the geometry of the circuit remains unchanged from 2003, a 9-degree bank to Turns 1 and 2, and an 11-degree bank to Turns 3 and 4, the entire surface was repaved in July. The IndyCar drivers tested on the new surface on August 3rd, and we were on hand for the Indy Lights and Pro Mazda test the following week on August, 10th. Everyone involved had nothing but praise for the new surface. Drivers from all three series were immensely pleased with the level of grip the surface offered, while both Firestone and Cooper were pleasantly surprised by the minimal amount of tire wear the new asphalt generated. 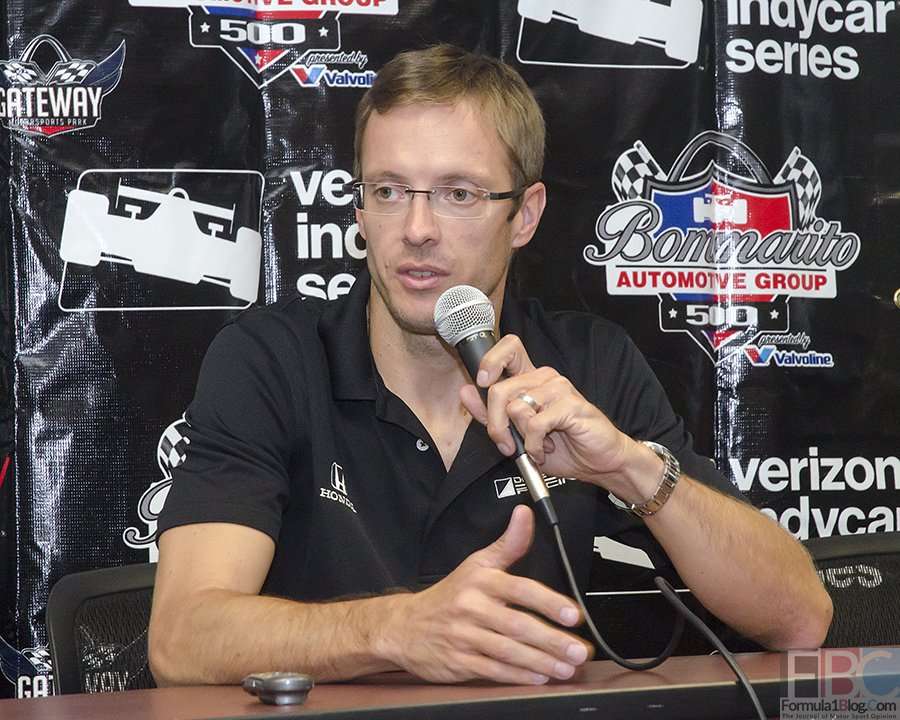 The big news of the week, as we discussed on Episode 39 of FBC indi, is the early return of Sebastien Bourdais. After fracturing his hip in a devastating qualifying crash at the Indianapolis Motor Speedway, the four-time champion returns to his No. 18 racer for Dale Coyne Racing. When asked if he was surprised at the rapidity of his recovery and return to the cockpit, Bourdais responded,

“If you’re referring to making a call on Wednesday night, yeah, that was kind of late that we could do that. But no, it’s just really good to come back, and really looking forward to it. We never really know exactly the timing of things. We knew six weeks for weight-bearing, providing the that X-rays looked good, and eight for walking. We did eight and a half for weight-bearing and transitioned really quickly into walking, got out of the office and started walking. I was feeling good enough at that stage, and the doctor in Tempe was pretty happy with what he saw, and then Terry and Dr. Scheid didn’t exactly agree with it, so there was a little setback and the cane popped back and things like that, but I’d say overall as soon as we did X-rays and the bone looked pretty strong, I knew things were looking good. And then we went out west for the trip that was planned a long time ago with the family, and that went very well, and when I came back, drove the coach back from Vegas to Indy and went to see Dr. Scheid again, and we did the final — what had the potential to be the final check but not necessarily on the 15th of August. He really obviously was pleased with the X-rays and everything looked really strong.” — Sebastien Bourdais, No. 18 Dale Coyne Racing

He also admitted that the team had a lot of work to do as their equipment package isn’t ideally suited to the requirements of Gateway Motorsports Park, and whether because of their kit, or wanting to take it easy for his return, Bourdais was only 15th fastest in a first practice that saw all four Penske drivers take the top spots. 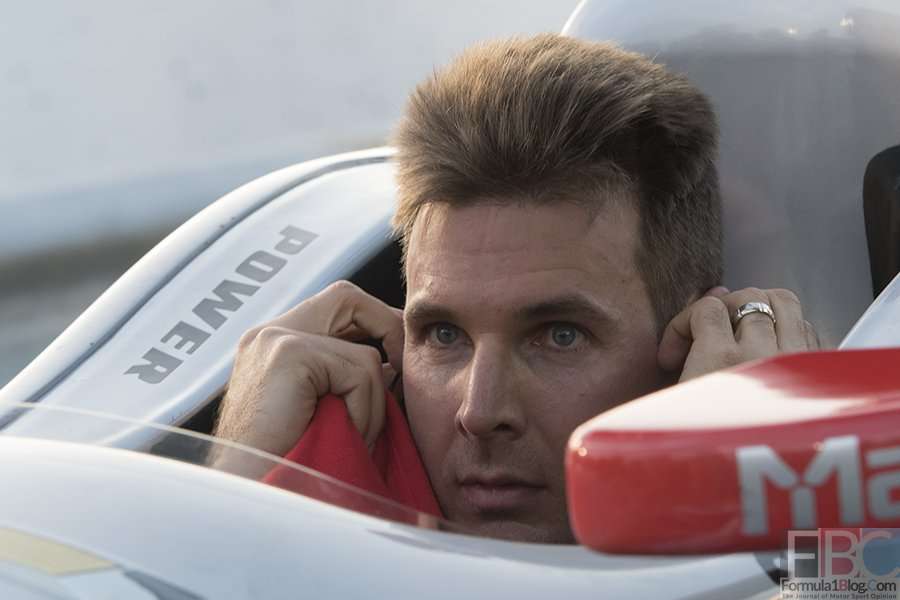 The Penske quartet continued their speedy ways in qualifying, locking out the front two rows. Will Power drove his No. 12 machine to yet another pole position while setting a new track record in the process. The Penske team wasn’t just a little faster than their competitors, they were in a whole different class. The slowest qualifying Penske, Simon Pagenaud, was still 2.2 mph faster than the fifth-place qualifier, Ed Carpenter. Simon qualified with a two-lap average speed of 186.747 mph and Ed qualified at 184.528 mph. Pole sitter Will Power demolished everyone with a blazing two-lap average of 189.642 mph. At that pace, and with no other influences, Power could lap Carpenter in P5 in 37 laps!

There’s one more practice session tonight, and then it’s a long wait to Race Night tomorrow when the green flag will drop at 8:00pm CDT.