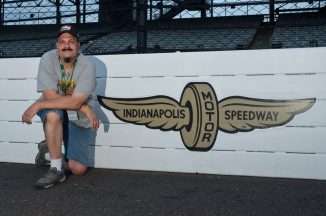 Editor’s Note: John “The Race Fan” Olsakovsky is a regular reader and forum participant here at Formula1Blog.com in addition to being the co-host along with Tom “The Motorsports Monk” Firth on the FBC indi podcast. John has been a long-time fan of IndyCar, Formula 1 and motorsports in general. We thank John for taking the time to put down his thoughts on the Indianapolis 500 Mile Race and the challenges it faces in this new era of IndyCar racing, and we look forward to future contributions.

We’re less than a month away from May, the hallowed month for fans of the Verizon IndyCar Series. May means Indianapolis and all the speed, excitement and pageantry that comes with it. Each and every fan, driver, crew person and official has Memorial Day weekend marked on their calendar, and for good reason. The Indianapolis 500 Mile Race is not only the namesake race for the Verizon IndyCar Series, it is the biggest race in the United States, if not on the planet. Ask any of the 350,000 in attendance last year for the 100th Running.
(Before you ask… It was huge!)

Looking back to the halcyon days of American Open Wheel Racing, the month of May at Indianapolis was filled with day after day of practice and tuning and tweaking. Dozens of teams brought cars they felt could compete and hopefully win, and talented and mostly young drivers would walk through Gasoline Alley, helmet in hand, hungry for a chance to show their meddle on the historic 2.5-mile oval.

As recent as six years ago (2011 for the mathematically challenged or hungover), as many as 40 cars attempted to qualify for The Greatest Spectacle in Racing. With 40 entrants, that meant seven cars would pack up and go home after Bump Day. Sure, deals were made to buy spots on the grid after the gun sounded, but that’s part and parcel to the business of racing, like it or not.

2011 was the last year of the car that long-time fans dub “The Honda Crapwagon”. Love it or hate it, the Crapwagon was comparatively inexpensive and teams knew the package well because of its longevity. Never mind that free and/or discounted chassis were made available to Champ Car World Series teams that chose to buy into the newly reunified IndyCar. The current DW-12 was already in the pipeline and ready for launch the next year, along with three engine manufacturers. Things were looking rosy, at least until October.

Whether it was Wheldon’s tragic fatality at the final race of 2011 and it’s resonating effects, the higher-than-expected initial cost of the new DW-12, or the slow recovery from the housing bubble that tanked the US economy or some combination, the hopes for multitudes of entrants for the Indianapolis 500 were put in the seat of a puttering Lotus and driven into a wall. Dramatic hyperbole aside, 2011 will be the last year we see real competition for the starting grid of the Indianapolis 500. The token 34th entrants of the past several years were nice, but none have had enough legitimate pace to make the show.

For the past five years, the race to make the grid for the Indianapolis 500 Mile Race has been in the boardrooms of potential sponsors. Each and every FBC Indi podcast, Doug and Tom and I discuss who has a ride and who doesn’t. Shortly after Episode 21 dropped, Zach Veach announced his official entry, which we’ve speculated for a couple weeks. As of the Long Beach weekend, there are 29 confirmed entries and the race for the final four spots in the grid is on.

The race for the grid now starts long before the month of May. As we embark on a second century at IMS, the race for one of the vaunted 33 spots (possibly 34?) has taken a very different form. It’s still about being faster than the other drivers vying for a spot, only the speed needs to come in drawing funds to their racing program. While marketing themselves to sponsors isn’t a skill that’s new to professional race drivers, there is added pressure for this race. It is THE RACE for any open-wheel driver, so the desire and the hunger to make the grid comes through, even in the quest for money.

This really isn’t surprising for anyone who has followed motorsports in the past couple decades. Money is king, and racing costs a lot. Winning costs even more. Every professional driver has to play salesperson and pitch themselves and their operation to potential sponsors. It makes perfect sense for every driver to garner the funding they need before their competition does. It’s like a treasure hunt with a time limit. Frankly, that’s not really all that exciting for fans, especially not when compared to four white-knuckle, hang-on-for-deal-life laps around Indianapolis Motor Speedway. There’s just no comparison!

I’m sure drivers would rather work on fast laps more than fast money, but that’s the nature of the sport these days. The race is still there. It has just evolved.

The current climate has us eternally hoping for a third manufacturer into the series. Mark Miles, Hulman & Company President and CEO, and Jay Fyre, INDYCAR President of Competition and Operations, have said they are pursuing that third manufacturer, but other than cold-calls, nobody has seen any indication anyone wants to join the IndyCar fray. Even if a third manufacturer joined the mix, I don’t see a sudden dearth of cars available for teams wanting to take a shot at The 500 any more than I see the money making sense. Getting your car on track only to be bumped out doesn’t have the automatic marketing potential it once did, so that’s the driver’s new challenge.

Rather than four solid laps, a driver perhaps needs four solid sponsors to earn a position in the field of thirty-three. I hope this is not the hallmark of the second century of The Greatest Spectacle In Racing.

Ahhhh . . . the month of May. Formula 1 in the morning from Monaco, Indycars around 11:00ish, and finally the day ends with the Coke 600. The greatest day of racing! I cannot wait!

This is a good reason why all the Kyle Larson chatter has picked up, he’s one of the few drivers that could come over and drag a sponsor with him.

Thanks for the kind words.
I’m looking forward to May as well. And considering the announcement this week about Fernando Alonso, I wish I were able to go to Indianapolis that much more!

Previous articleIndyCar — Three up, Three down at Long Beach: The little-big team and the trials of reliability
Next articleFormula1blog.com Podcast #519- Chinese GP Review