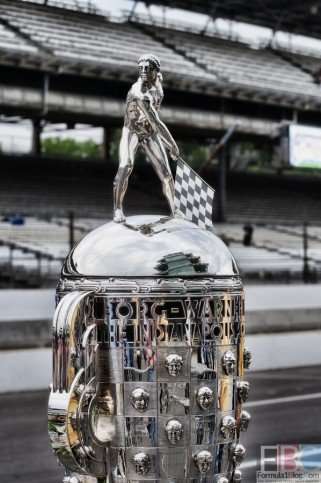 Montoya previously won the race in 2000, racing for Chip Ganassi Racing on that occasion, though the F1, CART and NASCAR veteran appears to have taken far more satisfaction from this victory, compared to his previous Indianapolis 500 victory.

The race started on a frustrating note. Alex Tagliani failed to start the car immediately at the commencement of the race, although was eventually able to get underway. Meanwhile, Conor Daly sadly didn’t even make it through the parade laps. His Honda powered Schmidt Peterson Motorsports entry suffered an exhaust fire, effectively forcing a DNS for Daly.

Just as the race was going green, Takuma Sato attempted to make it three-wide with Sage Karam and Ryan-Hunter Reay into Turn 1, resulting in a non-repairable level of damage for Sage Karam, rendering his race over.

Ryan Briscoe and James Davidson also got tripped up by this incident and whilst Sato, Davidson and Briscoe made it back onto the track after repairs, it made for a tough start to the race. Under this caution, Simona De Silvestro and Juan Pablo Montoya made relatively light contact, with the rear bumper-pod of Juan Pablo Montoya effectively hanging on by a thread, having to make a trip to pit road, dropping him to the rear of the field.

Due to the rules in IndyCar, the pit-road was closed, which meant that Montoya had to take effectively a pit-road drive through, returning to the track with the piece still hanging off the rear of the car. The part eventually disconnected from the car, requiring a slightly longer period before the race returned to green. Perhaps IndyCar should make an exception when bodywork is dangerously loose on the rear of the car on it’s pit closure rules?

The race finally got into a flow on Lap 17, the two Ganassi teammates of Scott Dixon and Tony Kanaan jousting for the lead throughout the first stint, with Team Penske’s Simon Pagenaud playing a slightly more tactful game, sitting in second or third. Dependent on the stage of the stint.

At the first pitstop round on lap 36, Dixon was the first of the leaders on pit road, under a green flag stop. The pit cycle briefly handed the lead to Simon Pagenaud. Juan Pablo Montoya’s first stop however wasn’t smooth, JPM over-running his pit box, and running over the hose. The incident resulted in him receiving a warning, and effectively with the team having to push his car back into the box, five seconds on the road.

On Lap 64, Bryan Clauson hit the wall hard in Turn 4, bringing out a caution. It appeared from the replay that Clauson was attempting to give room to passing traffic, given he was running off the pace when he got high in the grey area. Hitting the wall and ending his race. Clauson was uninjured in the incident.

The incident, did allow for a round of pistops under yellow, with Penske taking the advantage over Ganassi, Promoting Simon Pagenaud to the lead ahead of Scott Dixon. The restart order therefore was Pagenaud, Dixon, and Kanaan, with Power and Castroneves in forth and fifth respectively.

An incredible move on the restart, which is my personal move of the race, came from Tony Kanaan. The Indycar veteran passing both Dixon and Pagenaud in Turn one, an absolutely fantastic move, which personally really reminded me why it is I love IndyCar racing and the Indianapolis 500. Was it your move of the race?

By the half way point, Montoya had made his way into the top 3 from the back positioned behind Pagenaud, and Kanaan whilst Power retained fourth, and Scott Dixon had been shuffled back to fifth following the completion of the set of pitstops.

Lap 113, brought out another caution, with Ed Carpenter and Oriol Servia having contact. Brought about by a misjudged overtaking attempt by Carpenter, ending the race for both drivers with some pretty major contact. Both drivers went to the medical center however neither sustained injury.

The Caution allowed for another series of pitstops, with Pagenaud continuing his lead through yellow stops, ahead of Dixon, Montoya and Castroneves. On the restart, it was a duel between the Penske teammates of Pagenaud and Power, before Dixon produced another spectacular move, passing the two for the lead.

On Lap 148, we saw Charlie Kimball take the lead through the series of pitstops. The third Ganassi driver, had been up in the top pack for much of the day, and finally the domino’s fell his way to take the lead of the Indianapolis 500.

On Lap 152, Tony Kanaan’s strong run in the 99th Indianapolis 500, came to a grinding halt, when the veteran driver went into the wall at turn 2, the car appeared to jolt slightly before he lost control. Kanaan was fine however after such a strong run, and a clear contender for victory, it was a sad end for Tony Kanaan’s challenge today. It also left Scott Dixon without a second Ganassi car to rival against the Penske trio later in the race.

A debris caution brought about by contact to the rear of Sato’s Foyt entry, signalled a caution on lap 155. For the restart, Justin Wilson led from Carlos Munoz, both of which who didn’t pit under caution, allowing for a Honda entrant to lead. Unfortunately on the restart, effectively both where sitting ducks to the pursuing Power, Dixon and Montoya who where on fresh tires.

On the restart, Pagenaud suffered some front wing damage, dropping speed quickly, with the pursuing cars having to take avoiding action. Sadly a few laps later Rookie Stefano Coletti, Jack Hawksworth and Sebastian Saavedra got together, which was a Violent incident, and one I’m glad all three drivers are relatively ok as a result of. Coletti and Hawksworth immediately got released from the medical center whilst Saavedra required some assistance for extraction from the car and some further support, the columbian seemingly acquiring a leg injury.

Saavedra recently tweeted:
“Thanks everyone for the good wishes. I’ll be up and running in no time. Just a passenger of a gnarly reck. #Lucky”

The restart would be the last of the race on lap 185, Montoya passing Dixon for second. Followed by Dixon, Power and Montoya engaging in a long battle on track, Dixon eventually losing out after an attempt on Power, resulted in him losing momentum finishing behind Kimball in Fourth.

Therefore, the last few laps was a pure race between the Penske teammates of Power and Montoya, with Montoya taking the lead with three to go in a strong, in a rather risky if brilliantly executed move, it appeared even Montoya’s spotters thought so, allowing him to come home to victory 0.1046 seconds ahead of Will Power. 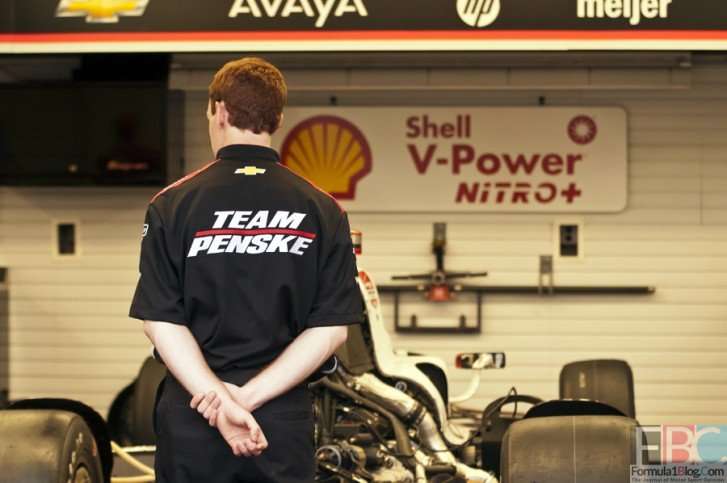 “It was awesome,” Montoya said. “This is what racing in INDYCAR is all about, racing down to the wire. These guys, Team Penske, did an amazing job. I had the feeling that I had a really good car, but that fight at the end was really, really hard. All the way down to the wire. This is pretty awesome.”

Unfortunately during the race, a pit-lane incident resulted in two crew members sustaining injuries when James Davidson left his pit box and unavoidable contact occurred with Pippa Mann. This resulted in Davidson losing control and making contact with two members of the DCR pit crew. No official updates have yet been released on the pit-crew members conditions although one is said to be having an operation on his ankle by various IndyCar media. I wish the pit crew members injured a complete recovery.

The race saw 37 lead changes from 10 leaders. six caution periods for a total of 47 laps, the highest Honda finisher was Graham Rahal in fifth, in what was a very tough race for the Honda teams. The race additionally saw 11 retirements of the field of 33, a Penske 1-2 and allowed Team Penske the honour of winning the Indianapolis 500 and the Daytona 500 in the same year, finally Gabby Chaves, was the top rookie, of the two which started the race, finishing 16th overall.

The next round of the Verizon Indycar Series is the Chevrolet Duel in Detroit coming next weekend on ABC.

I have to say the TK pass was my top vote, second to JPM’s for the final pass of the race. The latter is getting a nod because he had the confidence to do it with three laps to go at a track where we have seen final passes occur on the front stretch just after turn four to claim the win. Carpenter’s crash was pretty gnarly. It didn’t seem as if IndyCar held the field to too many caution laps as the are normally inclined to do. The JPM bodywork incident at the start was frustrating because I agree… Read more »