Typhoon-corrected, the Japanese Grand Prix was mostly likely going to be a very exciting weekend but it didn’t escape losing the Free Practice session 3 and all activity on Saturday for safety reasons. What we saw in the first two practice sessions was a strong Mercedes with new upgrades and Ferrari seemingly struggling on the Suzuka circuit.

Would that be the reality? It was hard to tell given that Ferrari locked out the front row during Sunday morning’s reschedule qualifying session and Sebastian Vettel threw down a very competitive lap for pole. Despite the quick pace, it was still believed that Mercedes had a better long-run race pace.

The race turned into a real strategy battle focused on tire wear, deg rates and more. Mercedes needed to outscore Ferrari by 14 points to lock out their 6th Constructor’s championship this weekend and they seemed intent to do so.

A win for Valtteri Bottas who drove an impeccable race seizing the lead on the back of Vettel’s fans start. Valtteri mirrored Vettel’s 2-stopper and made it work.

A win for for Lewis Hamilton who had a ragged weekend but on soft tires late int eh race, Lewis put the bit between his teeth and reeled Vettel in for a Mercedes 1, 2 and the Constructor’s Championship for the 6th time in a row.

A big win for Carlos Sainz who didn’t put a foot wrong and hauled his McLaren up to 5th while his teammate, Lando Norris languished back in 13 after colliding with Alexander Albon’s Red Bull. 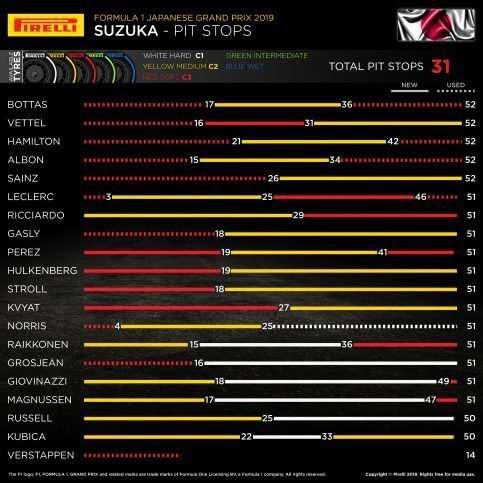 A win or Pierre Gasly who ran a strong race and finished well into the point for a 7th place finish and looked like the guy Red Bull thought they had hired but was never able to produce.

A win for Renault F1’s Daniel Ricciardo who turned a ragged weekend into a 7th place result and his teammate, who was faring better for most of the race, also in the point oof 9th place. Their weekend looked dodgy after qualifying but they converted it into a points result.

Af fail for Ferrari who locked out the front row and gave it away on the first lap with a false start from Sebastian and a clash between Charles Leclerc and Max Verstappen that put a damper on an already wet weekend. The Ferrari tire degradation was always going to make a win hard and Merc simply had better race pace.

A fail for Haas F1Who had both cars fall out of the top 10 and languish midfield for no points. Kevin Magnussen said his seat was loose and moving around. 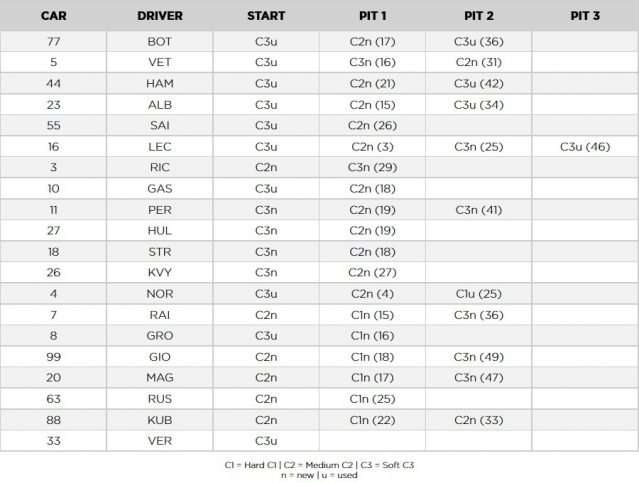 A fail for Daniil Kvyat who couldn’t run with his teammate all weekend long leaving Gasly in the points and Kvyat down in 12th on a weekend Honda needed to be more spectacular than that.

A WTH for Valtteri Bottas who magically seemed to resonate with the new upgrades and returned to form as the #Beardy Bottas we all know and love.

A WTH for Alfa Romeo who yo-yo’d with decent pace and then no pace on Sunday.

I feel like Ricciardo may have had the drive of the race, but you’d never know that since the director refused to show you a a non-Mercedes or Ferrari car the entire broadcast. There where so many passes that you only got to see on the timing graphic while you watched a Mercedes or Ferrari trod along with no one around them. Also what the bloody hell is going on with that tire graphic? I mean the FIA doesn’t have access to the teams tire data so it’s really just a made up number isn’t it. When Crofty said ‘well… Read more »

A WTH for the timing people as well, finishing the race a lap early.