The Formula 1 Singapore Grand Prix was supposed to be a return to normal service for Mercedes after losing the last two power-centric circuits in Belgium and Italy that favored the straight-line speed of the Ferrari and Charles Leclerc.

By Friday night, there was a different narrative developing. A narrative that saw Charles Leclerc and Ferrari making the most of a new front wing and underfloor to strongly suggest that their car was not just good on long straights and power circuits any longer. It was now possibly fast on the tight, twisty and slow-speed corners which were the happy hunting ground of the Merc.

Ferrari did some homework on Summer break and Leclerc made the most of it on Friday and Saturday by taking a stunning pole position over Lewis Hamilton’s Mercedes. Could he keep Lewis and Max Verstappen at bay? The race form book suggested this race would be between Max and Lewis and Ferrari languishing behind. Would that be the case for Charles on Sunday?

A big win for Ferrari who seemingly have brought the fight to Mercedes who have six years of domination of the sport. While it may be a day late and dollar short given Lewis’s points advantage, Ferrari have made significant progress and the Russian Grand Prix will either confirm or expose the notion.

While Charles Leclerc stunned the paddock with a pole position, it was Sebastian Vettel who stunned the young Ferrari phenom with an inspired, early pit stop for the undercut to place the German in the gap and allow him to take the victory from the new Ferrari hero from Monaco. Leclerc was very unhappy and complaining to the team during the race and felt the option should have been to box him first as he was leading and afford him the gap to take the win.

Despite Leclerc’s frustration with the team strategy and the loss, he gets a Win from TPF for bringing home second place in the first 1, 2 from a constructor in Singapore GP history. A shame Ferrari haven’t looked this good all year or we may have a tremendous battle to the end with Merc.

A win for Max Verstappen who took his Honda-powered car to third ahead of both Mercedes cars and that’s no easy task. Max drove a strong race under pressure from Lewis at the end to finish out the podium positions. 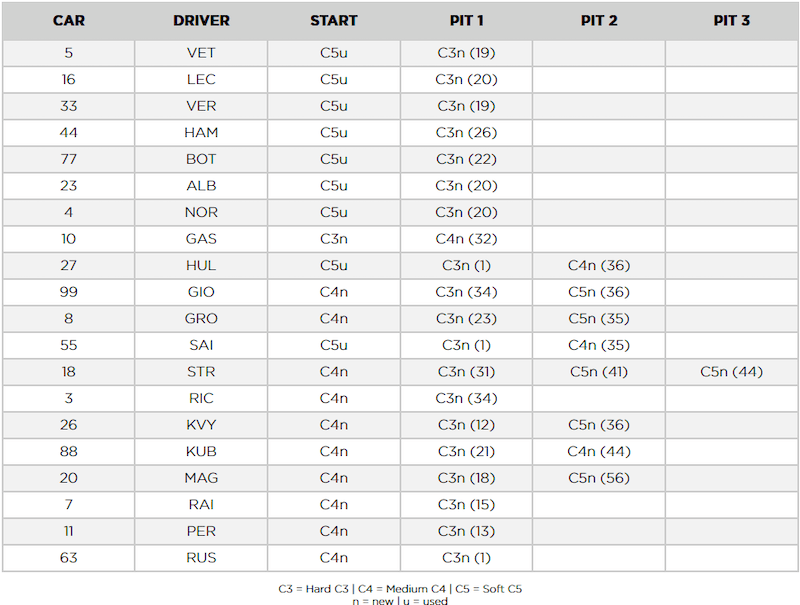 A win for Red Bull’s Alex Albon who, like his teammate Verstappen, drove a good race for serious points. Alex had never driven on the Singapore circuit and doing it in a car he is unfamiliar with was a real win.

A big win for Lando Norris who picked up the mantle of best-of-the-rest and brought in him in 7th while his teammate, Carlos Sainz, struggled at the back. McLaren did well to keep Carlos in the race and back up to 12th but Lando’s performance went largely unnoticed by TV cameras and that’s a shame as it was a terrific drive.

A win for recently demoted Pierre Gasly who made the best of his fresh tires to move up to 8th and into the points of toro Rosso while his teammate, Daniil Kvyat struggled. A redemptive drive from the Frenchman.

Antonio Giovinazzi drove to 10th place for a point and despite getting a penalty for driving too close to the recovery vehicle during a safety car period, he managed to give the team a point.

A fail for Mercedes who says they simply got it all wrong this weekend and did not optimize the elements they should have optimized and taken advantage of. Despondent team boss toto Wolff says the entire team feels angry about missing out on details and elements that left them 4th and 5th in a race they were slated to win. In the end, the team missed the undercut and that was plainly the best option from a strategy standpoint as Vettel proved and it was developing because the way Ferrari and Leclerc were pacing the entire field.

A fail for Nico Hulkenberg and Carlos Sainz who tangled on the first lap and cost their race dearly. Although Nico did manage 9th place, a higher position may have been in the cards for Renault. Sainz blamed Hulkenberg but in the end, the stewards saw it as a race incident.

A fail for Daniel Ricciardo who was disqualified from qualifying due to his hybrid power unit delivering more than the allowable electric power and then making a mess of things on Sunday after progressing nicely through the field.

A fail for Ala Romeo’s Kimi Raikkonen and Toro Rosso’s Daniil Kvyat for hitting each other and then Daniil claiming Kimi was suiciding himself and trying to kill the Russian in the process. That seems a little overwrought, Daniil.

After watching Romain Grosjean ping pong around the track and put George Russell in the wall, it is difficult to understand how he managed to secure another season at Haas F1 with driving and results like this.

Not sure why Antonio would drive so close to the recovery vehicle during a safety car period garnering a penalty. Surely giving track workers and emergency vehicles a wide berth is standard operating procedure?

Not sure what the issue was with Racing Point but this track did not flatter them and Lance Stroll left his mark on about every wall on that track over the course of the weekend.

Ferrari’s strategy backed the field up for the first half of the race and placed all the leaders in the clutches of the Medium-shod midfield. In a sense, it was a good strategy to neuter Mercedes and their ability to pull a fast one on the Italians. What it did was make the undercut an open window and even that would require that they fight back up through the midfield who would be leading the race and not back markers. It was some very tart strategy from the Scuderia and kept Mercedes hemmed in but it also allowed Vettel and his side of the garage to make the most of it and pull the rug out from underneath the entire field for a win. 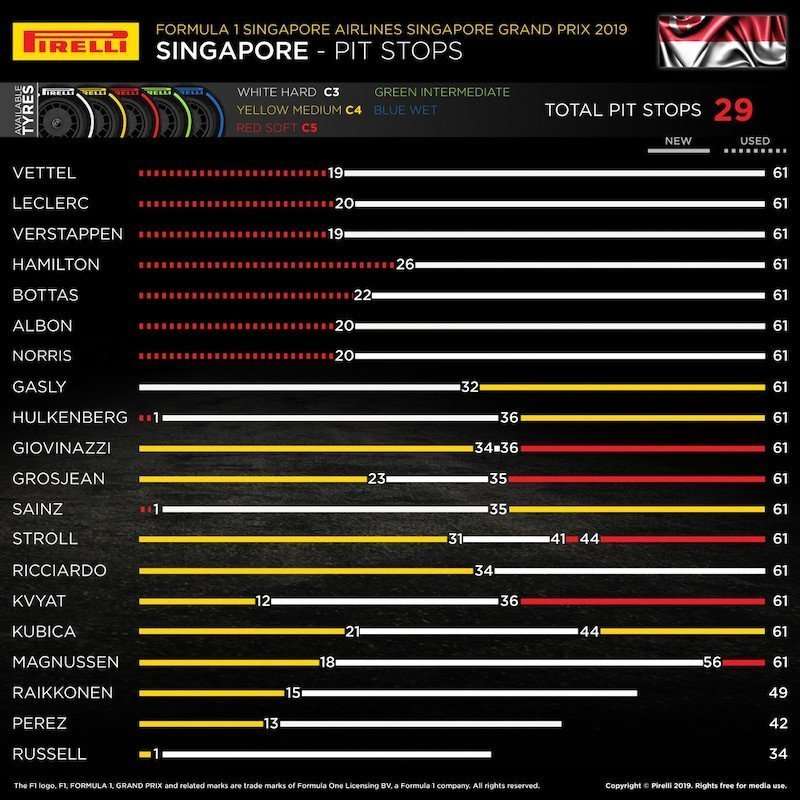 Great to see Vettel on top again. Hopefully a boost to his confidence will help keep him there! I know Leclerc is the future but does that make Vettel the past?

“it was Sebastian Vettel who stunned the young Ferrari phenom with an inspired, early pit stop for the undercut” That’s a bit much. The team called him in last second, he got a much bigger boost than expected from the undercut and didn’t screw it up. Nothing stunning or inspiring about it, frankly.

But I will give it to Ferrari for a solid strategy that yielded a 1-2. They maximized while Merc didn’t, so they deserved it. And I’m the anti-Tifosi , so coming from me…

Previous articleLeclerc stuns with Singapore pole
Next articleTPF F1 Podcast #648: Singapore GP Review
Race Report: Ferrari's Vettel takes Singapore win over LeclercIt was an interesting race from a strategic point of view and Ferrari's win here could mean the rest of the season is going to be fun to watch. Ferrari's internal driver issue may be interesting as well. Have Ferrari found the pace to beat Mercedes just in time for a regulation change?