You’d be hard pressed to find anything to be critical about regarding a FIA Formula 1 race with a weekend attendance of 350,000+ but that’s exactly what the Mexico Grand Prix did and has done. Always a colorful, well-attended and celebratory event in Mexico and it’s hard to think that they were at risk of losing the race to antiquity.

Entering the weekend, the conventional notion was that the track would flatter the Ferrari straight line speed and the new slow and medium speed corner performance. That seemed to be the case in all three practice sessions but come Saturday, qualifying suggested that Red Bull Racing might be the team to beat with a pole position for Max Verstappen—ultimately stripped due to ignoring yellow flags—sent a message that Ferrari took notice of but it also may have cost them a win on Sunday even though the started on the front row. 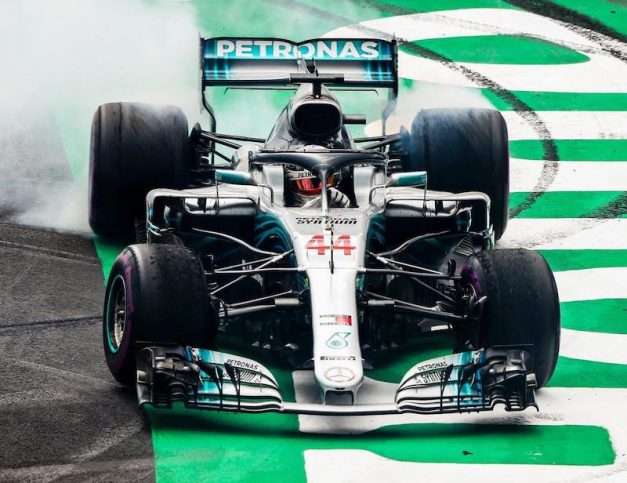 While Ferrari were marking the Red Bull of Alex Albon prompting them to shift their strategy to cover him, Ferrari had a slow stop for Charles Leclerc which relegated him to 4th and Sebastian Vettel tried to run long—which he did an amazing job on Medium compounds—but it was Lewis Hamilton and Mercedes who made a long Hard compound run to victory. The choice of a 1-stopper for Lewis is an easier risk to take when you aren’t leading the race.

For Ferrari, it was a strategy battle that was born from tire data from Friday and Saturday but the Hard compounds worked better than most teams expected. Pirelli’s predictions had the 1-stopper as the slowest strategy but in the end, as Ferrari boss Mattia Binotto pointed out, the 1-stopper was the best strategy from his position in the race and his pace.

A big win for Mercedes and Lewis Hamilton for a victory at the Mexico Grand Prix. The team had an option to run a 1-stopper for Lewis and a long run from Valtteri Bottas to try and win and it worked out perfectly for the team. From their position, the strategy worked and while it was a risk, it took the terrific tire management of Lewis to pull off the win. The 100th win fo Mercedes as a constructor.

A win for Red Bull’s Alex Albon who had one of the best races of his career. Red Bull boxed him early and that kicked Ferrari in the shin prompting them to cover Alex because they feared the Red Bull had the pace to win given his teammate’s pace on Saturday. While the world voted Max Verstappen as the driver of the day, it was Alex who finished 5th. Having said that, Alex finished 21s behind the leaders and one might argue that this isn’t good enough for the second driver at Red Bull. If Max struggles, you have to pick up the mantle and go. 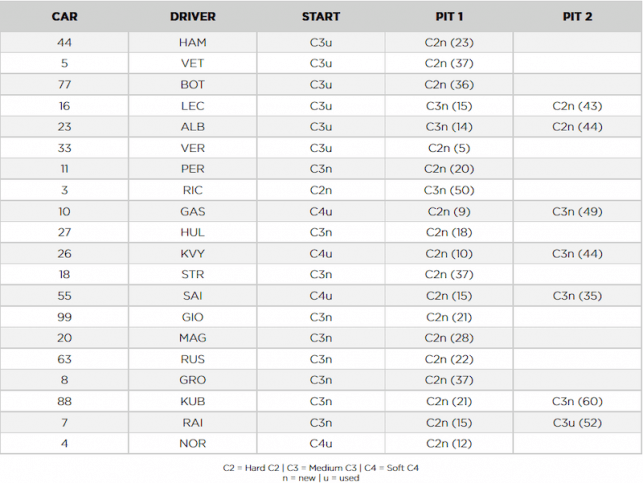 A big win for hometown hero Sergio Perez who dragged his Racing Point car up to 7th in front of his adoring fans in Mexico. Checo made life hard for Carlos Sainz and later, Daniel Ricciardo holding both off for a terrific points finish.

A fail for McLaren who looked decent in Qualifying but both cars drifted backwards on the Hard compounds and it was a frustrating day for the team with Lando Norris’s unsafe release and DNF.

A fail for Red Bull’s efforts in the Max Verstappen side of the garage who had the dust-up with Hamilton at turn 1 (more Lewis’s fault than Max’s in my opinion) and then got a puncture from his passing attempt on Valtteri Bottas. Truth be told, Max had a chance for a victory or at least a podium but it all unraveled. 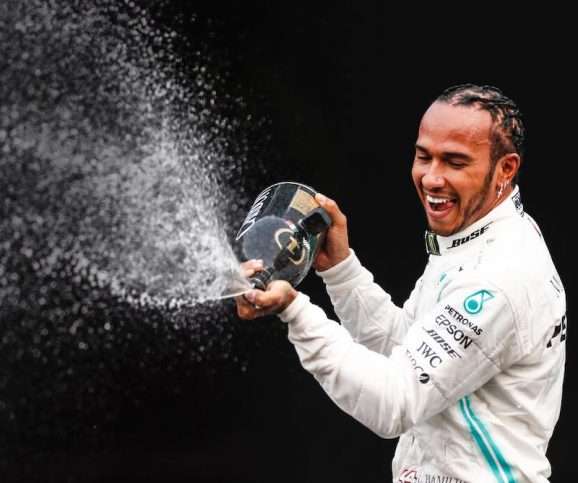 I’m not sure Ferrari gets a “Fail” to be honest as I think they called their race as a team in the lead. The strategy calls you would make while in the lead are different to the risk a trailing team (Mercedes) can call to try and win. If there is one critical point, it could be argued that they had too much difference to Albon and Red Bull and perhaps should have been marking the two Mercedes drivers more than Albon.

A bit of a fail for Toro Rosso who looked great on Saturday and seemed to be set to give McLaren and others a run for their money as best of the rest but both drivers drifted backwards come Sunday. Daniil Kvyat hitting Nico Hulkenberg on the last lap was unbecoming too.

A WTH for Haas F1 who were off pace all weekend long and couldn’t find the race pace to beat both Williams cars. Not sure what is happening at Haas but with all difference to them, perhaps all the development is focused on the 2020 car.

Nice of Pirelli to weigh in on F1’s goofy tire graphic that was all over the place two weeks ago with its percentage. I only recall seeing the graphic once for Vettel’s car so perhaps the way they are fixing it is to just not show it much? 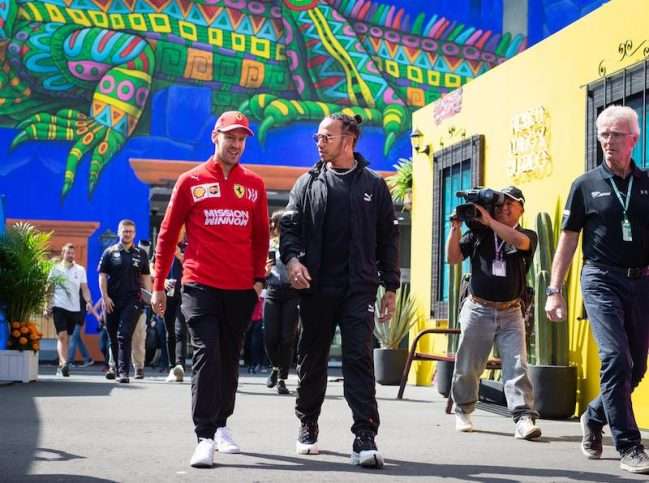 F1 TV decided that it didn’t care that I have a fiberglass broadband feed to my house with over a gig bandwidth up and down, no, it was intent on buffering and locking up constantly so thanks for the, F1 TV, I appreciate that my $99 isn’t that important to creating a good user experience. I appreciate those of you who have decided to save your $99 for F1TV next year and joining our Patreon program instead and to be honest, I think I’ll do the same. 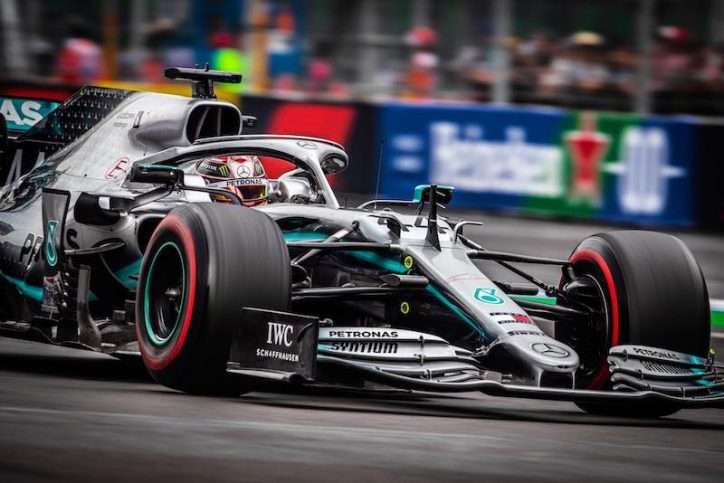 Podcast Programming Note: Just a reminder that this week’s race review podcast will be out on Tuesday instead of its usual Monday evening slot.

Yeah, left F1TV as as ‘access’ level. Their business model seems to be over promise and under deliver. After I discovered replays are only supposed to be available 48 hrs after the event (quali and race). Alas, they fixed their glitch where content was streaming ‘too soon’ for access members. :( I rarely watch live, so I wasn’t going to pay $99 for Pro. They didn’t put up much of a fight. Armed with a few web tricks the races aren’t hard to find. In fact the site I streamed from today only failed once, F1TV usually fails at least… Read more »

So once again, it was a race deeply revolving around tire strategy. I had the advantage of television with FOM’s onscreen graphics of passing chances, tire degradation(?), timing and scoring gaps and tire compounds. But what about those at the track? What did they see? A fast moving parade of twenty race cars separated by two seconds or more gaps. They showed some enthusiasm when Sergio made his pass but beyond that, what did they see? Finally, I would be very upset to pay full price for a seat in the main grandstand then forced to see the podium ceremony… Read more »

Is it wrong to say it was overhyped? Between the constant threat of rain, and the supposedly slippery track, then the threat of a hot race, and the anticipation of the hard tire falling apart, and nothing happened. The most excitement near the end of the race was Dany Ric nearly binning it, and Leclerc with the slow pit stop. I enjoy strategy, I and my son were on the edge of our seats waiting for a battle that never came. I can’t help but feel let down by the on-track product, I want to see racing and I like… Read more »

Are we going to totally ignore the fact the Max drifted and crashed into Hamilton, much like Charles did into Max at the Japanese GP?
No issues, no warning, nothing.
I guess that’s why all the drivers bitch and moan so much when someone errs them.

That’s not how PdR saw it on Sky Sports, he said Max was done hard by with Lewis hitting him. May have to watch that replay a few times myself. ;)

I thoroughly enjoyed the race, especially with an unexpected Hamilton win. The tension for me remained high, because of wondering if Lewis would be to keep those tires alive for 48 laps in the lead, while keeping Vettel at bay….He was able to do that for the win, displaying why now he’s a 5XWDC, and hopefully on to his sixth.

Previous articleVerstappen on pole for Mexico Grand Prix
Next articleToto Wolff: yeah, I voted against reverse grids
Race Report: Hamilton wins Mexico Grand PrixIt was a good race but the strategy looked as if the final 15 or so laps would be terrific and that didn't happen. The cars were overheating when following too close and the strategy coupled with tires that worked well kept things under control. Regardless, I terrific drive by both Vettel and Hamilton. Lewis made that long stint work for the win and the Merc strategy was spot on.