The Qatar Grand Prix was a new race for everyone and like many of the past “new” races, Mercedes and Lewis Hamilton seem to always do well. Saturday’s qualifying was the first sign of just how much more pace Mercedes has found over the last two races and that was compounded on Sunday with a dominant win from Lewis Hamilton.

Max Verstappen was engaged in damage limitation by finishing second and stealing fastest lap which means there are just 8 points separating him from Hamilton in the Driver’s Championship.

Sergio Perez ran out of laps to mount a podium finish as he was stuck behind a Virtual Safety Car and this allowed Alpine’s Fernando Alonso to return to the podium in 3rd. It is his first podium since Hungary in 2014…104 race ago!

A big win for Mercedes and Lewis Hamilton. I am not sure where all of the pace has come from but after just 17 laps, Lewis was a half a minute ahead of everyone but Verstappen. By the end, he had approximately a minute in hand against all but Max. That bodes well for Lewis and the team as they head into the final two races of the season.

It’s not what Red Bull wanted but it’s still a win for the team and Max Verstappen due to a 5-place grid penalty for Max and he had a fantastic opening few laps to recover up to 2nd and then secured fastest lap.

A big win for Alpine and Fernando Alonso who, via penalties, found themselves starting from 3rd. A 1-stop strategy executed perfectly by Fernando, while other 1-stoppers fell afoul of front left tire punctures, meant the Spaniard celebrated his first podium since 2014. 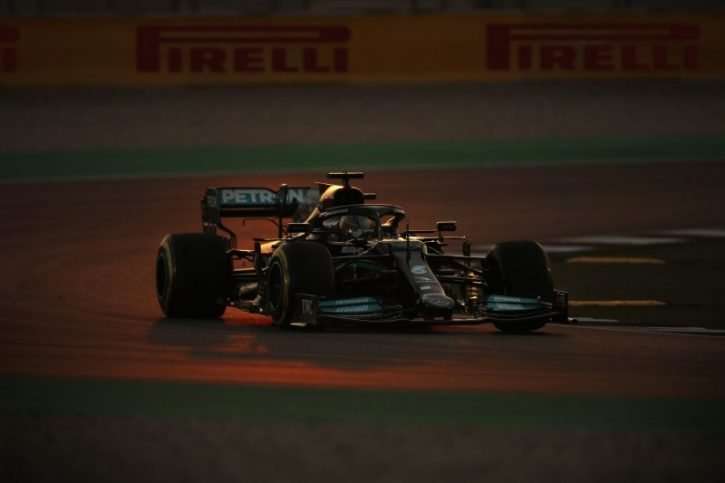 You also can’t overlook Alpine’s Esteban Ocon in 5th making it a fantastic weekend for the team as their car responded to this track and they had good pace all weekend long. A big points haul against Alpha Tauri in the constructor’s championship.

A win for Lance Stroll who struggled most of the weekend but ended up in 6th while his teammate, Sebastian Vettel struggled in 10th.

In the battle between Ferrari and McLaren, both teams struggled in Qatar so the 7th place finish, ahead of both McLaren’s, for Ferrari’s Carlos Sainz and a 8th place for Charles Leclerc was important.

A fail for Alpha Tauri who had Pierre Gasly starting second. A 2-stopper fell victim of a the 1-stopping teams ahead of them and this left Pierre back in 11th and out of the points with his teammate, Yuki Tsunoda in 13th.

Also a fail for both Williams cars who suffered puncture running 1-stoppers as well but that wasn’t all as Lando Norris also had a puncture.

Not quite sure what happened with the Pirelli’s as several drivers suffered puncture when they attempted a 1-stop strategy. The tires seemed to give up around lap 31-33 which was unfortunate.

Also not quite sure I followed Red Bull’s strategy with Sergio Perez who was putting in a master class of passing as he recovered from a poor qualifying session. The chose to 2-stop him and left a lot of ground for him to make up to the podium and with the VSC session late int eh race, he ran out of laps and ended up off the podium. 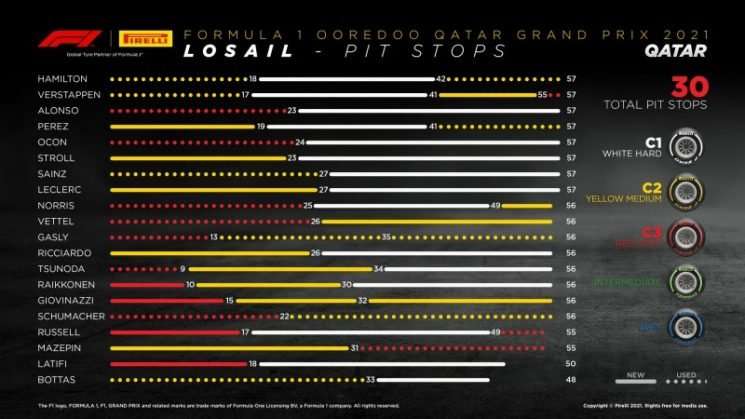 It was a parade at least as far as Hamilton was concerned. Plenty of action behind him. Glad I woke up in time.

Should F1 just default to, if there is a need…

If I was in Mercedes and knew that we have…