The weekend had a somber, tragic emotional overcast with the loss of Anthoine Hubert on Saturday but as racers, the Formula 1 Belgian Grand Prix was ran and it was done in the memory of the young Frenchman. 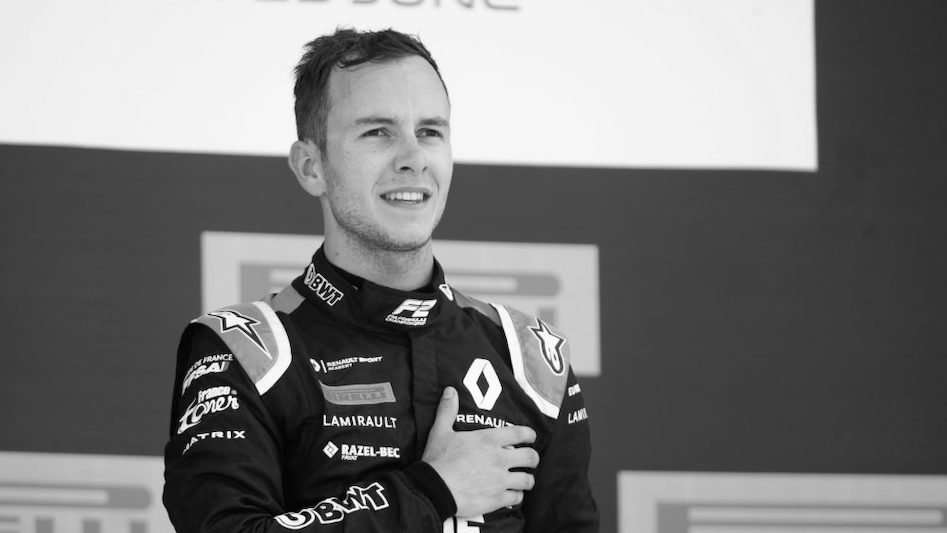 Ferrari looked quick all weekend long and locking out the front row bode well for the Scuderia but there was a nagging suspicion that their long-run race-pace may not be quite as quick as Mercedes depending on the tire compounds either team were using.

Could Charles Leclerc hold off his teammate, Sebastian Vettel, and two Mercedes cars to take his maiden win in Formula 1? Would Mercedes reveal that their tire degradation over the long run could negate the Ferrari straight-line speed advantage they had in sector 1 and 3?

A huge win for Charles Leclerc for taking his first victory in F1 and a win earned by holding off a charging 5-time world champion in the form of Lewis Hamilton. A muted celebration was certainly warranted and it’s a tough weekend to achieve such a momentous moment but Charles has been surrounded by difficult challenges in life with the loss of many close to him and he has a maturity and calmness to focus on what is truly important. For all the right reasons, the celebrations were muted but in the end, Leclerc won his first grand prix and did so in fine fashion.

A win for Ferrari who had their 4-time champion running tail gunner for Leclerc. Not an easy role to play for a driver of Sebastian Vettel’s caliber but he did it well and delivered the team the result they needed. There may be some lessons to learn, however, on Seb’s difficulty with the tires as Monza is coming. Sebastian Vettel started from second on the grid and was the first of the frontrunners to pit for mediums. Having led the race, he then made a second stop for soft tyres and emerged fourth, which is where he finished. He also claimed the extra championship point for fastest lap. Vettel was one of just three drivers in the top 10 to stop twice. 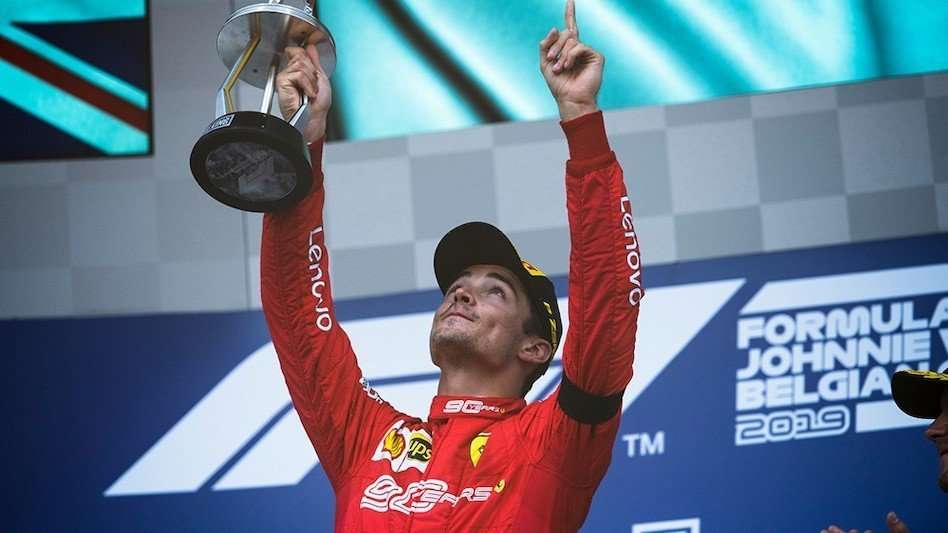 I doubt Lewis Hamilton will feel like finishing second is a win but I give him a won for an incredibly tenacious drive to second. Lewis had two quick Ferrari’s ahead of him and one of those Ferrari’s did a very nice job as tailgunntr for the leading Ferrari but still, Lewis managed to make it a fight and never gave up. One might argue that had Mercedes boxed Lewis a lap or two earlier, he may have had an even better chance of winning but that’s hindsight isn’t it?

It’s also win for Valtteri Bottas who round off the podium in third and as Max Verstappen was out of the race not eh first lap, the Finn moved further ahead of him in the driver’s championship. 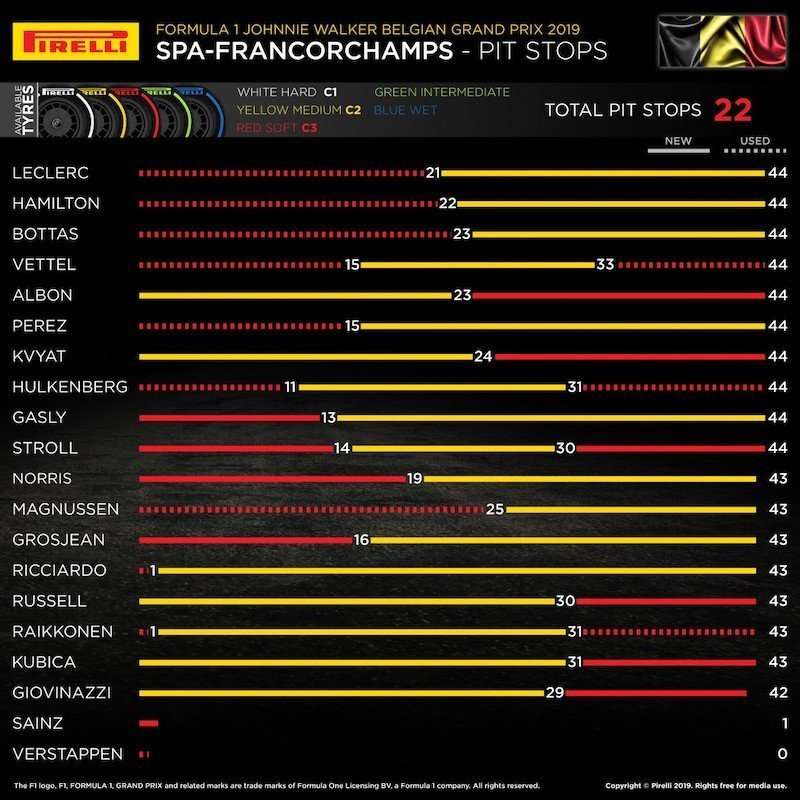 Also a win for Alex Albon who’s maiden run in a Red Bull from the back of the grid resulted in a 5th place finish (assisted by Lando Norris’s last lap DNF). It was a terrific weekend for Albon and may have just confirmed that Red Bull made the right decision in moving him up and one might argue they should have done it sooner based on this weekend’s results.

A win for Sergio Perez who inked a new 3-year deal with Racing Point and also finished best-of-the-rest (assisted by Norris’s DNF). Sergio had a bit of a naughty battle with Albon late in the race pressing the rookie wide on Kemmel straight. Racing point got both cars in the points with Lance Stroll in 10th.

A win for Daniil Kvyat and Toro Rosso who got both cars in the points and a nice 7th place finish for the Russian. Daniil had some good battle on track and was even keeping Albon honest.

A very tough weekend for McLaren as they attempted to protect their current position as best-of-the-rest. Sainz was out early with a loss of power and Lando Norris took the baton and running for best-of-the-rest all day until the final lap when his car stopped on the front straight.

A fail for Max Verstappen and Kimi Raikkonen who came together at La Source ending the Dutchman’s race and hobbling an otherwise terrific weekend for the Finn. A shame as the race may have quite a bit different with both driver on song and fighting for positions late int eh race.

A very tough race for Daniel Ricciardo who was set adrift by his team keeping him out so long on tires. He had to pit early after a collision from a Racing Point car on lap 1 and then tried to run to the end of the race. Hulkenberg fared worse and this added to a very difficult weekend for the team as their junior driver, Hubert, was weighing heavy on the team.

I am not sure what Haas F1 can do to find pace. They had the newest Ferrari engine and on both tight and long tracks, power circuits and high downforce tracks, they just can’t seem to find the performance from their tires. As Kevin Magnussen said prior to the race, it is a case of not being able to use the tires, not over-using them.

I am not sure, at the time of writing this, what happened to Antonio Giovinazzi but that crash on the last lap was brutal and thankfully eh was ok but that cost him an 8th place finish and that’s not good at all. Once again, when your teammate is out of contention, you have to deliver and Gio missed the opportunity but as of now, I am not sure why. Very scary incident.

George Russel finished ahead of Robert Kubica and that slow stop didn’t help the Polish driver and that’s rare given the team’s penchant for amazingly quick pit stops.

I don’t know who the strategist is for Renault, but no one thought that DR could go the entire race on Mediums and still make it in the point.

they probably were praying for a safety car to allow a free stop. It’s spa, after all.

Previous articleAnthoine Hubert: 1996 – 2019
Next articleTPF F1 Podcast #645 Belgian Grand Prix Review
Race Report: Leclerc wins Belgian Grand PrixA terrific result for Charles Leclerc to take his maiden win in F1 for Ferrari. It's difficult to get excited about the event with the tragic loss of life overshadowing the weekend but Charles made it a great race and the midfield battle were fun to watch. Spa Francorchamps is a truly magical place but not without danger.