The year is done and dusted. The trophy’s have been won and Max Verstappen secured his second world championship along with the win at this season’s final race in Abu Dhabi.

Max dominated the race in his Red Bull while the real battle was behind him for second in the driver’s championship. Max’s teammate, Sergio Perez, was locked in a heated battle against Ferrari’s Charles Leclerc for second and in a bit of a departure for Ferrari—given their strategy struggles this season—they managed to convert Leclerc to a one-stopper and took second in the race and in the driver’s championship.

Sergio made a valiant effort to catch and pass Charles but ran out of laps in the end. In the closing laps, I was curious as to if Red Bull would ask Max to back off and then back Charles up into Sergio’s attack zone. I texted Paul and I think his reply is right, the team, after facing a lot of criticism in recent weeks, probably wanted to avoid the drama and controversy as well as public perception. That was mainly echoed by Max Verstappen himself when asked about it.

“No, there was not. But also, that is quite a tricky call to make.

“You also don’t want to end up… of course you can possibly block, but is that fair racing?

“It’s, I think, not the nicest way going out of the season, you know?”

Despite that, the race was also the final race for the retiring Sebastian Vettel and the series put on a great sending-off party all weekend for the German 4-time champion. It also was a race that will see the backs of Nicholas Latifi, Daniel Ricciardo, and Mick Schumacher.

A win for Red Bull and Max Verstappen for their race win and for their domination of the season. After breathing exhaust fumes of the Mercedes for eight years, Red Bull came back to secure the constructor’s title and in a dominant fashion with a win at Abu Dhabi.

A win for Alpine and Esteban Ocon for a strong finish in strong 7th to help the team secure best-of-the-rest in 4th for the constructor’s championship ahead of McLaren. The battle between the two teams all season long was fun to watch and Alpine is moving in the right direction after spending time at the back.

A win for Lando Norris who finished P6 and took the fastest lap for his efforts. While his team missed out on 4th in the constructor’s championship, it’s hard to blame Lando for the missing points as he’s delivered a terrific effort this year.

A fail for Alpine with another DNF for Fernando Alonso and it probably has a lot to do with why he is leaving the team to go to Aston Martin.

A fail for Alpha Tauri who finished out of the points and lost out to Haas F1 for 8th in the constructor’s championship.

Ultimately a fail for Aston Martin who ran the wrong strategy for Sebastian Vettel because Seb finished P10 but had he been able to finish a place higher, it would have moved the team ahead of Alfa Romeo in the constructor’s championship, worth $12m, into 6th place.

A WTH for the season being over. It seems like just yesterday we were firing Michael Masi and crowning Eddie Everywhere the new FIA president. Having said that, for 17 years our season has always started now…at the end of the year. We carry on doing what we do all winter long and while the lack of Ferrari’s Wrooom event hurts as far as content goes, we still manage to talk about F1 all winter long so see the dial tuned to The Parc Fermé. 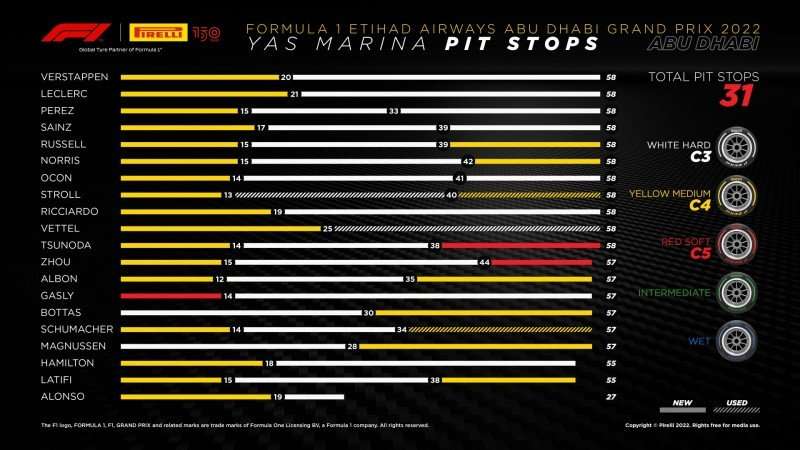 Shout out to Eddie Everywhere making in onto the podium. Maybe next time he’ll take the top step?
Also, big props to the new rule allowing teams to make decisions for themselves regarding allowing then to give a position back when gaining an off-track advantage so the FIA didn’t need to dole out 5 second penalties. ~X8