Over the past couple of seasons, many have been very concerned over the dwindling participation in the Mazda Road to Indy ladder program. Last year, the USF2000 series dropped off from grid sizes in the mid to high twenties down to the high teens. Pro Mazda, which used to see car counts occasionally in the thirties, now attracts mid-teen fields. Worst hit has been the Indy Lights series, which back in its hay day would easily see fields in the mid-twenties. Last season, only eight drivers contested a full season. Last season saw some fantastic racing action among some seriously talented drivers, but I’ll admit that it was rather disappointing to see so few cars on the course.

A number of things are changing for 2015. In the USF200 series, the Pro Mazda championship-winning team, Team Pelfrey, has announced that they will field a three-car effort next season. Team Pelfrey is no stranger to the Van Dieman chassis as they’ve competed for the last couple of seasons in the SCCA Pro Racing’s F1600 Championship Series. 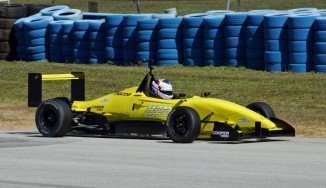 “These are exciting times at Team Pelfrey as we continue to expand the team along with our Mazda Road to Indy presence,” said Team Pelfrey’s Nigel Tuckey. “We are all about providing quality, all-encompassing development programs for young drivers at Team Pelfrey so the Cooper Tires USF2000 Championship Powered by Mazda is a logical addition and ‘fills the gap’ between our other programs perfectly. Having the ability to provide a seamless transition from karts to Pro Mazda for our drivers has the whole Pelfrey crew highly motivated for continued success.”

The biggest surge in participation has been in the Indy Lights series. When it was announced that a new chassis would be used in 2015, many of the existing teams expressed significant concerns about the costs of the new equipment. Everything in their current inventory, including wheels since the series had signed a deal with Motegi, was immediately made obsolete. The new chassis is a solid racing machine, and the turbo-charged four-cylinder powerplant serves to better prepare the Indy Lights drivers for the driving style required in IndyCar. They’re not giving the cars away, though, and many were concerned that after Andretti and Schmidt both hinted at their withdrawal from the series, two teams that comprised over half of the cars in last year’s championship.

The first good news was that a new team was entering the 2015 championship. 8Star Motorsports, a mainstay in various sportscar racing from GT3 and GT2 to IMSA Prototype Challenge and LMP2, announced that they were ditching the fenders and giving IndyLights a go.

“8Star has placed an order for our first Indy Lights car. It will be among the first batch of ten cars from Dallara due to be delivered mid-November and the 8Star team will evaluate drivers at the first official Indy Lights test at Sebring in December. 8Star Motorsports’ 2015 plan is to run a two-car Indy Lights program and expand its successful TUDOR United SportsCar Championship Prototype Challenge campaign from one to two entries, based on customer interest. Also, under current evaluation is a P2 program. Several parties are working to unite their efforts for a solid attack on the 2015 TUDOR Championship.” — Gary Neal, 8Star Motorsports Team Manager 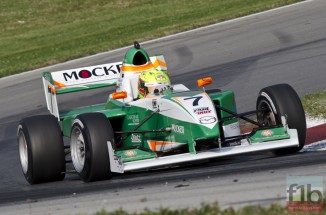 This was followed by the return of two previous teams who had been in the series previously, Conquest Racing and Juncos Racing. The return of Juncos is very exciting as they’ve been a stalwart in the Pro Mazda category for years, and their previous venture into Indy Lights was cut way too short. Last year, Spencer Pigot took the Pro Mazda title for the team, and in 2015 both he and his teammate, Kyle Kaiser, will be moving up with the team.

“Today’s announcement demonstrates the strength and momentum that our team has built over the last few years. Kyle (Kaiser) and Spencer (Pigot) experienced great success through the Juncos’ Driver Development Program. Their decision to return to Juncos for the next season reflects their continued confidence in the program and the growth of our team. With the new IL-15 equalizing the field, we expect a successful entry into Indy Lights for our inaugural season. Juncos has put together a powerful technical and mechanical team, and we look forward to pushing our drivers and the Juncos Racing team into the next level in the upcoming season.” — Ricardo Juncos, Juncos Racing Team Owner

With the interest level increasing, several of the traditional teams have also pulled the trigger and ordered new equipment for 2015. The list of registered teams for the 2015 now numbers ten. That’s more than Formula One has managed the last couple of grand prix! Of course, not every team will be fielding two cars and likely won’t be contesting every race, but it’s a great start. Here’s the list so far: 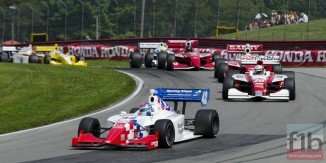 There’s hints that Rahal Letterman Lanigan Racing and AJ Foyt Racing have been considering an Indy Lights entry or two as well. We’ll have to wait and see. At least we’re already into the double-digits and the year isn’t even over yet. That’s a great sign!