Thanks to a colleague at work, who applied for tickets to go to Silverstone for Williams 40th anniversary celebrations, I was able to join the tens of thousands of fans at the circuit on Friday 2nd June.  Here the team had invited a significant number of its old drivers and engineering staff, and had brought along some of its cars to display, a handful of which ran around the track. 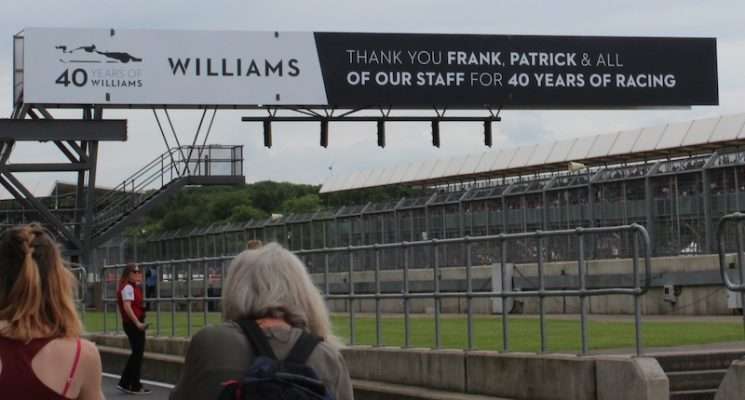 Among the drivers present were:

Driving duties were shared between the current drivers (Massa, Stroll and reserve driver di Resta), Williams Heritage driver Chandhock, Brundle and Soper (who took out the Williams designed BMW sportscar that won at Le Mans in 1999. 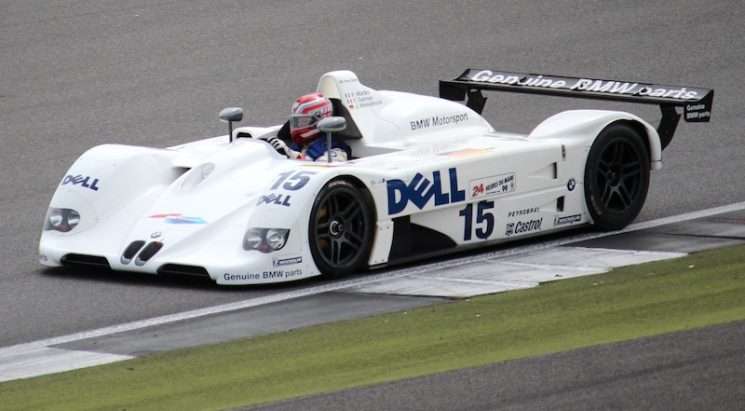 The cars on display were:

Several of the drivers were interviewed throughout the day and both Sky F1 and Channel 4 were filming for future features.  Nico Rosberg was impressed with the turnout, noting that in Germany they don’t get this level of attendance even at the Grand Prix.  However with entry free, just limited to the first 50,000 to apply on the website, it is not really surprising that there was a large crowd wanting to see some of the iconic cars from this popular team run.

The sound of DFV engines dominated the morning running, with the early cars running around a dry track.  Martin Brundle was impressed following his run in the six wheel FW07B, commenting that it had so much more downforce that the contemporary cars he drove in period.  Whether this is because the Williams was more advanced than the Tyrrell in underbody design anyway, or whether it is a result of the longer chassis allowing for bigger venturis I don’t know.  He did comment that although there was nothing in driving the car to indicate that it had six wheels until you looked in the mirror, he did start thinking about the complexities of the two differentials and four drive shafts when he was going down the hangar straight, and hoped that they would all keep going around until he got the car safely back to the pits.

Six wheels aside, DFV powered cars have been running for many years in historic racing, and keeping these going seems to be a well understood task.  However for some of the more modern machinery running the cars is a little more complicated.  This was to be the first time since 1992 that the championship winning FW14B would run, and a morning tweet from the nominated driver (Karun Chandhock) indicated the issue: 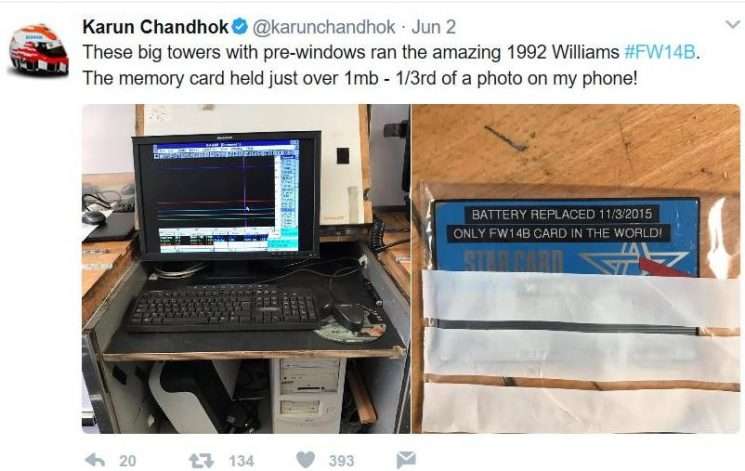 With only one memory card remaining, and this fully active car with all the driver aids so dependent on this old and obsolete 1992 technology, I do wonder how many more times we will be able to see this car run.  Williams had tried to run the car at an  event five years ago, but there was a gremlin in the engine software that they couldn’t find.  This time around they had to enlist the help of Cosworth to re-write the engine management software to get the car to run, a feat that Cosworth managed in just two months.  It had rained before the FW14B was able to run in anger, but Chandhock wasn’t afraid of the loud pedal and the blown diffuser no doubt helped in keeping the car pointing the right way.  The sizeable crowd applauded each time the car came around, and it was nice to see the rooster tails of spray, the flames from the exhausts and to hear the V10 Renault engine again.  None of the more modern cars present were scheduled to run apart from the 2014 FW36 and the current FW40.  The 2014 car being noticeable quieter than the current car, and the current car so much faster than anything else running even though I presume it was on demonstration tyres for this filming day.  Chandhock did however drive it in the dry, it would have been interesting to make a comparison between the current car and the 1992 fully active car in similar conditions.

The Honda powered FW10 and FW11, the BMW powered FW25 and the Renault powered FW34 would have been interesting to hear to compare the evolving sound of F1 from the comparatively low revving DFV through the first generation of turbo engines to the increasingly high revving V10s and V8s and then to the current generation.  However I suspect the FW25 and FW34 will suffer from the same issue as the FW14B, in that the support equipment necessary to get the cars to start and run successfully is becoming increasingly obsolete.  While I am sure it would be possible to re-host the software on to more modern hardware it is doubtful that this would be cost effective for the amount that these cars run.  Take the opportunity to see any 1990s or 2000s F1 cars running when you have it, as they will not be able to run as long as the older generation.  The next opportunity in the UK is the Goodwood Festival of Speed, I don’t know what F1 cars will be running but it is possible that the FW14B may be making another appearance.