I was listening to an interview with the great Richard Atwood this morning and it got me to thinking about the most historic racing sports cars of all time. I wondered to myself if I could decide, if pressed, on which one would be my all time favorite.
Though each unique in their own way, I personally see the current run of Audis as one continually improving and dominating car. Beginning with the R8 in 2000 up through the 2012 R18, the German marque has taken eleven of the last thirteen Le Mans Twenty-Four Hour victories. The R8 itself took five wins and could therefore be viewed as the greatest car in Le Mans history. But on the eve of the 2013 running of the 12 Hours of Sebring, I want to talk strictly about all around sports car racing favorites, mine and your’s.
Like many young children, I had an over abundance of Hot Wheels, Matchbox, Corgi and various other toy cars. My earliest memory of them was having a particularly curvy orange prototype and of asking my father what kind of Ferrari it was. “Oh, that’s not a Ferrari, that’s a Porsche 917”, came the reply. And from that moment on, I was in love with all things Porsche and racing.
Though it only took two wins at Le Sarthe, the 917 gave Porsche it’s first over all victory at le Mans, also taking wins at Daytona in those same two seasons. The open top 917/30 variant which dominated the Can-Am series in the early ’70s unbelievably produced more than 1,500 horsepower in qualifying trim! 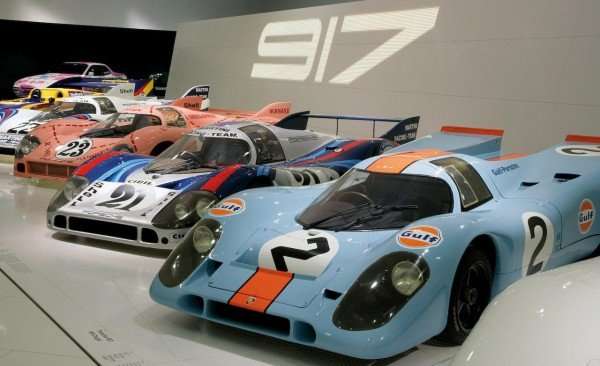